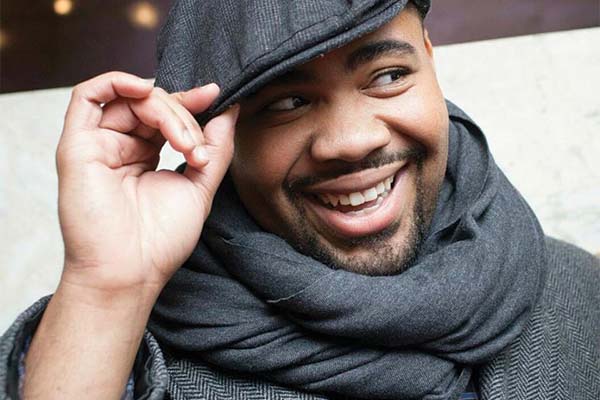 Nicholas Davis, voice instructor, has entertained audiences across the United States in classical repertoire and pop music. He is the only American ever to have won the International Antonín Dvořák competition. Inspired by multiple prize winnings and possessing unmistakable musical gifts, he is poised for major success in the opera world with his “rolling mellifluous baritone” and “significant” and “impressive” stage presence. In the 2021-2022 season, Nicholas will appear as Figaro in The Marriage of Figaro with Shreveport Opera, as Marcello with Annapolis Opera, debut with Tulsa Opera, and return to Theatre Latté Da. Recent seasons have seen Mr. Davis at the Seattle Opera, Santa Fe Opera, Chicago Opera Theater, Michigan Opera Theater, Glimmerglass Opera, Minnesota Opera and Opera Ithaca, in roles as varied as The Reverend in the world premiere of Blue, Minskman in Flight, Senator Potter in Fellow Travelers, and Fred McMullin in The Fix. More traditional repertoire includes roles such as Ford in Falstaff, Harlequin in Ariadne auf Naxos, Crown in Porgy and Bess and the title role in Le Nozze di Figaro. In concert, Nicholas has appeared with the Jackson Symphony Orchestra, the Kentucky Symphony as Abimelech in Samson et Dalila, the Karlovy Vary Symphony Orchestra, the Fort Street Symphony as the bass soloist in Händel’s Messiah, the National Theater of Prague Orchestra, and the Chicago Sinfonietta as the bass soloist in Beethoven Nine.

As a teacher, Nicholas has enjoyed working with vocal students in various capacities including maintaining a private studio of classical, pop, R&B and gospel students.  He has led masterclasses at elementary, secondary and collegiate levels. He has also specialized in working with institutions catering to adults with developmental disabilities.